Welcome to The Beach Boys Wiki

Anything and everything relating to The Beach Boys 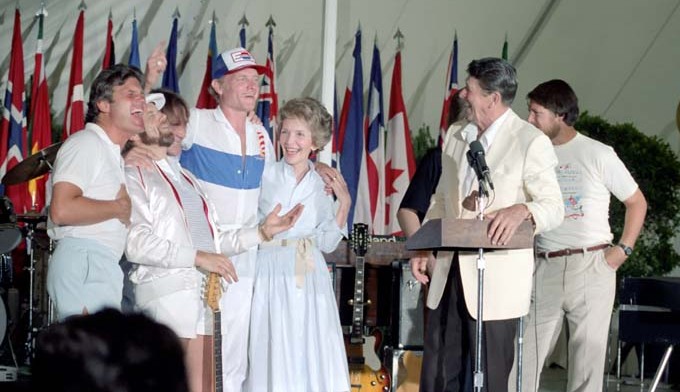 The Beach Boys are one of the most critically acclaimed, commercially successful, and widely influential bands of all time. The group had over eighty songs chart worldwide, thirty-six of them US Top 40 hits (the most by an American rock band), four reaching number-one on the Billboard Hot 100 chart.

The Beach Boys have sold in excess of 100 million records worldwide, making them one of the world's best-selling bands of all time and are listed at No. 12 on Rolling Stone magazine's 2004 list of the "100 Greatest Artists of All Time". The core quintet of the three Wilsons, Love and Jardine were inducted into the Rock and Roll Hall of Fame in 1988.

Retrieved from "https://thebeachboys.fandom.com/wiki/The_Beach_Boys_Wiki?oldid=4635"
Community content is available under CC-BY-SA unless otherwise noted.